For International Women’s Day, we take a look at why women have been historically underrepresented in clinical trials and medical research, and the ongoing implications this has on medication safety for women.

It is well established that menstrual and menopausal hormones interact with certain medications. Varying levels of reproductive hormones throughout a woman’s menstrual cycle and lifespan have resulted in women historically being excluded from clinical trials. Female bodies have been perceived as ‘too hard’ and costly to research and, perhaps, unworthy of the effort. Author of ‘Invisible Women: Exposing data bias in a world designed for men’ Caroline Criado Perez argues that “When [women] are included in tests they tend to be looked at in the early follicular phase of their menstrual cycle, when hormone levels are at their lowest – i.e. when they are superficially most like men. Most medical trials are done on male cells even though female cells react differently.”[1]

But this approach has a major flaw – evidence gathered about the safety and effectiveness of a medication will not apply to a patient group that it has not been tested on. Different metabolism of medications between men and women is to be expected, as male and female bodies are biologically different, right down to the cellular level.[2] Lower body weight, slower digestion, less activity from intestinal enzymes and slower filtration by the kidneys are all factors that cause this difference. Medications can also have varying effects depending on the time they are taken in a woman’s menstrual cycle, as well as affecting the menstrual cycle itself. Where we lack data on these factors, we are left with a dangerous knowledge gap that has a real impact on the safety of women within healthcare. A 2020 research study that found that women experience up to twice as many adverse drug reactions as men.[3]

Since the 1990s, there has been growing acknowledgement that understanding interactions between medications and female hormones and bodies is essential for patient safety. However, the impact of this historical issue persists; a 2017 research study found that the effects on different sexes of around one-third of drugs were still unknown.[4] If doctors lack information to safely offer and prescribe certain drugs to female patients, informed consent is undermined at its most basic level.

A brief history of women and clinical trials

Alongside concerns about additional costs and the perceived complexity of including women in general clinical trials, lies the fact that trials for treatments specific to women have received far less funding and attention than those that affect men.[5] [6]

As the implications of these exclusions became clearer, US regulators made moves to redress the balance and make the case for including women in more clinical trials. In 1990, the US Office of Research on Women’s Health was established, with one of its aims being to “ensure that women are appropriately represented in biomedical and biobehavioral research studies, especially… clinical trials.” In 1993, the US passed a law that meant women could no longer be excluded from National Institute of Health (NIH)-funded research. It is harder to find information on the history of women and clinical trials in the UK, and a 2005 study reviewing clinical trial participation noted that “the issue of exclusion from trials of women, older people and ethnic minorities has been relatively neglected in the UK research community.”[8] The authors highlighted that, in the sample of trials they looked at, “USA trials were more inclusive than UK/European trials,” suggesting that legislating for inclusion makes a difference to representation.

There are significant patient safety issues associated with this lack of knowledge. Prescribed dosages rarely take into account the sex of the patient, and because male and female bodies metabolise medications at different rates, women may be prescribed inappropriate doses.[9] [10] Women have been found to be more sensitive to beta blockers, opioids, selective serotonin reuptake inhibitors and antipsychotics.[11]

The evidence gap is seen starkly in the link between adverse outcomes for women with heart failure and gender bias in research. Between 1987 and 2012, women made up only 25% of participants over 31 landmark trials for congestive heart failure, and the result of this lack of data is that many heart medications are less effective in women than in men.[12] [13] Add to this the fact that women are 50% more likely to be misdiagnosed during a heart attack, and it paints a worrying picture.

Rethinking research during pregnancy and breastfeeding

One group that has been excluded perhaps more than any other from clinical trials is pregnant women. As the 2020 Cumberlege Review ‘First Do No Harm: The report of the Independent Medicines and Medical Devices Safety (IMMDS) Review’ states, “The risk of teratogenicity has meant women are largely excluded from clinical trials; as a result only a handful of medicines are licensed for use in pregnancy and the safety profiles of newer medicines in pregnancy are initially unknown.”[14] According to a 2011 study, the teratogenic risk in human pregnancy was “undetermined” for 98% of drug treatments approved by the FDA between 2000 and 2010, and the mean time it took for drugs to be assigned a more precise risk was 27 years.[15]

This lack of knowledge about medications in pregnancy means that women struggle to make informed choices about the safest course of action for themselves and their babies.

The IMMDS Review highlights the stark consequences of this, addressing the harm caused by the hormone pregnancy pill Primodos and the anti-epileptic drug sodium valproate, both of which cause birth defects. Available evidence suggests that valproate, which was used in the UK from 1971, causes physical malformations in 10% of children and autism and developmental delay in 40% of children when taken by mothers during pregnancy. However, “the system does not know” to this day the exact number of children affected by women taking valproate or Primodos during pregnancy. A register for tracking physical malformations caused by valproate was only established in 1996, in spite of concerns being raised about the drug from 1972, and is only a voluntary measure.[16] The suffering and pain caused to mothers, their children and their families by these drugs is unquantifiable.

The Covid-19 pandemic has thrown fresh light on the importance of including pregnant women in medical research. The fact that they were largely excluded from testing vaccines and treatments meant that pregnant women were left unprotected from Covid-19 for much longer than most of the population, despite being at higher risk of hospitalisation from the virus.[17] [18] [19] [20] Pregnant women and their doctors were unable to make informed decisions about the risks posed by the vaccine because the data simply didn’t exist.

Great care needs to be taken in deciding whether there is a benefit to including pregnant women in medical research, but the reality is that pregnancy and ill health are not mutually exclusive conditions, as Katherine Shubert of the Society for Women's Health Research notes, “People who are sick or have chronic conditions can become pregnant, and those who are pregnant can get sick or develop health conditions.” So there is a clear need to find out which treatments are effective and safe for pregnant women and their unborn children.

In 2017, the US Government established a Task Force on Research Specific to Pregnant women and Lactating Women, which made recommendations and published an implementation plan to address barriers to including pregnant and breastfeeding women in research. In the UK, the recent development of standard definitions and grading for adverse events in pregnant women has the potential to speed up progress in developing new treatments for use during pregnancy.[21]

This narrative that women, particularly pregnant women, shouldn’t take part in medical research may also have the effect of discouraging women from applying to take part.

The US NIH has posited that women may be reluctant to take part because of fear and distrust of researchers, lack of knowledge about trials and interference with work or family responsibilities, but there is limited research on the issues women see as barriers, and how to overcome them.[22]

Some research shows that women declined more often to participate because they perceived a higher risk of harm from trial participation than men.[23] Under-diagnosis also means less women are eligible for trials in certain areas, such as cardiovascular disease.[24]

There is a way to go in closing the knowledge gap around sex and medications, but participation has improved over the last decade, and work is being done to balance representation of the sexes in clinical trials.[25]

In the UK, the NIHR launched the INCLUDE Project in 2018 to increase participation of underserved groups in medical research, including women of child-bearing age and pregnant women.[26] As part of the 2017 EU Clinical Trial Regulation No 536/2014, trials based in the EU are obliged to ensure “the subjects participating in a clinical trial … represent the population groups, for example gender and age groups, that are likely to use the medicinal product investigated.”[27]

Technology is also being used to make clinical trials more representative. An increasing number of trials are being designed to operate ‘virtually’, using remote monitoring and telemedicine to decrease the logistical burden of participating.[28] Some organisations are also using AI to more effectively match candidates to trials, but existing bias will need to be taken into account when developing these algorithms.[29]

As we gain more knowledge of the unique ways in which female bodies and hormones interact with medications, there will be an ongoing need to make sure that both doctors and patients understand and can apply this information to use medications more safely.

[6] 'Women have been woefully neglected': does medical science have a gender problem? The Guardian. 18 December 2019

[14] Cumberlege J. First Do No Harm: The report of the Independent Medicines and Medical Devices Safety Review. Crown copyright. 2020.

[16] Cumberlege J. First Do No Harm: The report of the Independent Medicines and Medical Devices Safety Review. Crown copyright. 2020.

[27] Sundseth, H. Right from the Start - Including more women in Clinical Trials. European Federation of Pharmaceutical Industries and Associations. 5 March 2020 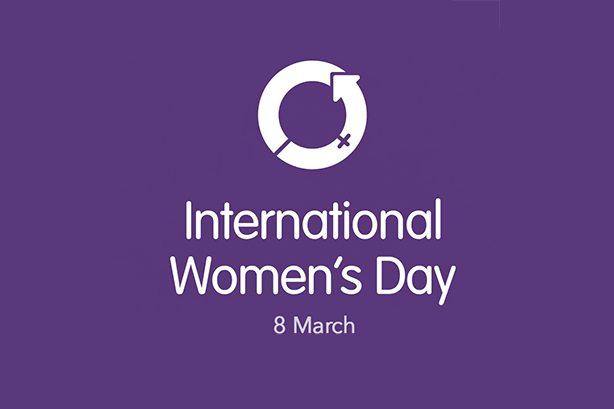