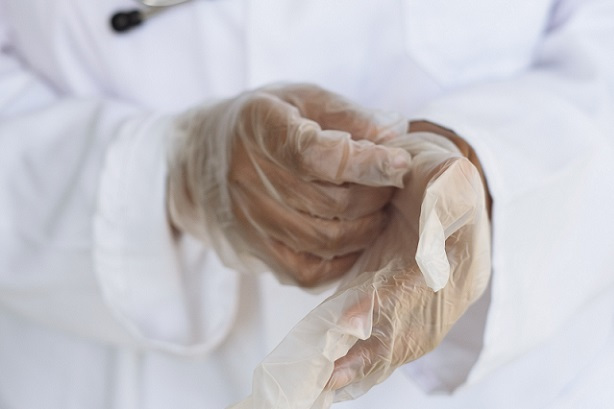 Today, Patient Safety Learning stands with others around the world to celebrate International Women’s Day. In light of this year’s campaign theme “choose to challenge” we are raising awareness of some of the ways in which male bias can negatively impact on patient safety.

We will reflect on the key patient safety issues and inequalities in each of these areas and offer our perspective on what needs to happen moving forward to prevent future avoidable harm.

The COVID-19 pandemic has shone a spotlight on male bias in design within healthcare in relation to Personal Protective Equipment (PPE). It became clear that respiratory PPE was leaving female workers at greater risk of exposure to the virus, discomfort, and interference with their ability to work.[1] This is not a new discovery, with a 2016 survey highlighting that only 3/10 women in the UK had PPE that was designed for the female frame.[2] This seems particularly inexcusable in the NHS where three quarters of the workforce are female.[3]

These design issues have serious patient safety implications for infection prevention and control. Female staff are potentially at greater risk of infection, threatening both their personal health and a further depletion of an already stretched workforce, which would inevitably impact on the delivery of safe care. Providing staff with ill-fitting masks also leaves patients vulnerable to the possibility that asymptomatic staff could pass the virus to them, risking an increase in COVID-19 hospital acquired infections.

Another area of concern is around the design of surgical instruments, specifically those that have been developed for larger hands and can often be less easy to hold and operate for female staff.[4] Differences in thumb size or grip strength can make the user-experience extremely variable, with smaller digits left floating in handle holes and many female staff needing to sustain greater levels of force to use the equipment.

Patient Safety Learning believe it is crucial that patient safety is considered as a core part of the design and development of medical equipment and devices. These need to be safe in use and account for the people who will be using them. Although humans are remarkably good at adjusting, patients would clearly benefit from being operated on by surgeons whose tools make it easier, rather than harder, to do their work.

In recent years we have become increasing aware of the serious patient safety concerns associated with a range of medical devices predominantly used for women, such as pelvic mesh. But there is also evidence that medical devices which are otherwise seen as gender neutral, such as hip implants, can pose greater risks to female patients.[5]

One hip implant (the DePuy articular surface replacement) has left women around the world with serious complications, including inflammation, painful growths, dislocations, and metal toxicity. These side effects have been associated with a lack of consideration for differences between the sexes in relation to hip movement, with such issues being far less prevalent in male patients.[6]

Data gathered in medical studies is often not collated in a way whereby differences between the sexes can be analysed and understood.[7] This may be partly due to the fact that many trials include very low percentages of female cells or subjects (whether human or animal), or none at all,[8] [9] making it impossible to draw any sex-specific conclusions.[10] This tendency to exclude females has even been evident in studies based on conditions that are more common in, or only relevant to, women.[11] And yet, the results are seen as valid for both sexes.

Tested on males, safe for all?

Research shows sex differences in our organ systems, tissues, and cells.[12] [13] There are differences in the way male and female hearts function,[14] our lung capacity,[15] metabolic reactions[16] and the way our hormones influence medication.[17] The way men and women are affected by common diseases also varies in severity, prevalence, and nature[18]; and they can react differently to drugs and treatments. Critically for the safety of such treatments, this could mean an increased or decreased likelihood of survival.

Where drugs have been tested and deemed to be safe, but the data has not been disaggregated by sex and the participants have predominantly or solely been male, we are unable to truly understand how they affect the female body. Even where females have been excluded from early stages of trials (e.g. with male mice samples) but included at later stages, there is a risk that treatments which may be effective for women have already been ruled out due to their ineffectiveness on males.

As Caroline Criado Perez puts it in Invisible Women: Exposing Data Bias in a World Designed for Men:

“The specific effect on women of a huge number of existing medications is simply unknown.”[19]

The importance of sex disaggregated data has been highlighted by the trials of the cardiac resynchronisation therapy device (CRT-D), which is essentially a pacemaker. Based on data taken from studies, the pacemakers were previously deemed to be beneficial for anyone whose heart takes 150 milliseconds or longer to complete a full electrical wave. Guidelines reflected this, meaning anyone with a lower score would not be offered a CRT-D implant.

The problem with this approach however was that the trials only included 20% of female participants, but when data from several trials was combined and analysed it became clear that women reacted differently to the device. Female participants with a lower reading of 130-49 milliseconds, who had had the pacemaker fitted, were found to have a 76% reduction in heart failure or death.[20] Had the data been analysed by sex from the start, this evidence could have been used to expand the use of CRT-D implants and improve outcomes for many women.

Studies and testimonials indicate that women are more likely to have their physical symptoms attributed to psychological issues by clinicians,[21] [22] [23] [24] with many feeling that clinicians had dismissed them as hysterical.[25] This can manifest itself in various ways:

These responses can lead to delays in diagnosis and treatment for underlying physical conditions, leaving them at greater risk of poor outcomes or premature death.

Criado Perez tells the story of a young woman who spent a decade seeking help for atypical bowel movements and was told that she needed to be less anxious and less stressed, that it was “all in her head”. When she was eventually referred for a colonoscopy, they found that half of her colon was diseased and that the delay in diagnosis had left her at an increased risk of developing cancer.[29]

This is not an isolated incident. Studies show that women are more likely to experience longer delays in diagnosis for a brain tumour[30], and 6 out of 11 types of cancer.[31] It is widely recognised that delays in cancer diagnoses and treatment increase the risk of mortality.[32]

Last year, the Cumberlege Review[33] highlighted a number of patient safety failings[34] in relation to pelvic mesh implants, sodium valproate and hormone pregnancy tests. The scale and severity of avoidable harm that resulted from these three interventions over a period of several decades is shocking and could have been reduced if the women involved were listened to sooner and critically, if they had been appropriately informed in the first place.

The review found that the women involved had been dismissed and sidelined for years as they fought hard to raise awareness of the issues and prevent others from suffering as they had. The defensive and unresponsive attitudes the women were met with highlighted a shameful disregard for the value of their voices in improving patient safety.

Unfortunately, the reluctance to listen to groups representing patient safety concerns for women is not uncommon. For many years, the Campaign Against Painful Hysteroscopy (CAPH) has been raising awareness of the severe pain experienced by a significant number of women, during outpatient hysteroscopy procedures. Despite the severity and long-lasting nature of the trauma experienced by these women, the systems response has so far been inadequate,[35] and women are continuing to suffer avoidable harm.[36]

Patient Safety Learning believes that systems and policies need to be tackled urgently to address the sex and gender bias that results in avoidable harm. We call for the following action.

2. Healthcare leaders to commit to using the insights from women, and patient groups representing women, to inform improvement actions that will prevent future harm.

3. Quality, evidence-based gender bias training to be made mandatory for all staff working in healthcare, whether they are clinicians, researchers, product manufacturers, policy makers etc.

4. Data regarding delays in diagnosis and treatment to be disaggregated by sex, regularly reviewed and used to inform further research and to improve outcomes.

There is still a long road ahead to tackle sex and gender related bias in healthcare, and attitudes towards female patients.

The ancient belief that the male body is the ‘norm’ runs dangerously deep and has contributed to a widespread acceptance that female-specific data is not necessary or even particularly relevant. This lack of data has left the medical world better equipped to diagnose, treat and care for male patients. In the absence of a comparable level of knowledge and understanding of the female body, women are being too easily labelled or dismissed as anxious without clinical investigation. A convenient labelling system that provides a smokescreen for uncertainty, whether applied consciously or not.

As evidence builds that differences between the sexes play a significant role in the use of medications, devices and treatments, things are beginning to change. Although there are huge historical data gaps to fill, physicians are becoming better informed and able to tailor their approach to the female patient, using up-to-date sex-specific data. Guidelines have also been introduced in other countries to encourage improved representation of females in medical studies, although the UK’s main funders still make no requirements for gender in research design and analysis to be considered.[37]

Continuing to accept the male body as an adequate representation of all humans is not just antiquated or scientifically incorrect; it costs lives.

While this blog has focused on the dangers of male-focused approaches to design and data, and biased attitudes towards women, it is essential that we recognise there are complex inter-relationships that compound the issue of biological and physical diversity.

There is evidence that systemic and individual biases in healthcare negatively impact on the safety and care of, but not exclusive to, the following groups:

Intersectionality is an essential consideration. It is important to consider and analyse all variables in order to effectively identify the barriers, and solutions to safer and more equitable care.

[6] Why women are more likely to have dodgy hip implants or other medical devices. The Conversation. 2019.

[10] Curno M, Rossi S, Hodges-Mameletzis I et al. A systematic review of the inclusion (or exclusion) of women in HIV research: from clinical studies of antiretrovirals and vaccines to cure strategies. Journal of Acquired Immune Definciency Syndrome, 1:7(2) 2016. 181-8.

[14] Blair M. Sex-based differences in physiology: what should we teach in the medical curriculum? Advanced physiological education. 2007, 31, 23-5.

[23] Katz Institute for Women’s Health: Expert Insights. Gaslighting in women’s health: No, it’s not just in your head (accessed 5 March 2021).

[24] BBC Future. How gender bias affects your healthcare: 'Everybody was telling me there was nothing wrong'. 2018.

[30] Brain Tumour Charity. Finding Myself in Your Hands: The Reality of Brain Tumour Treatment and Care. 2016.

[33] The Independent Medicines and Medical Devices Review, First Do No Harm, 8 July 2020.

[34] Patient Safety Learning. Analysing the Cumberlege Review: Who should join the dots for patient safety? 2020.

[43] Public Health England. Beyond the data: Understanding the impact of COVID-19 on BAME groups. 2020.

UK and Ireland Confidential Enquiries into Maternal Deaths and Morbidity 2016-18. 2020.

[51] The Health Foundation. Astonishing difference in the risk of avoidable death between the rich and poor. 2019 (accessed 5 March 2021).

[53] Tinson A. Living in poverty was bad for your health long before COVID-19. The Health Foundation, 2020.