Sir Stephen Moss, who was appointed as turnaround chair of Mid Staffordshire NHS Foundation Trust after major failures were uncovered in the mid-2000s, discusses the critical role of boards in establishing and maintaining a culture of patient safety. Sir Stephen, who is a Trustee of Patient Safety Learning, will be speaking at its second annual conference on 2 October.

Amazing progress has been made on patient safety since the failures at Mid Staffordshire NHS Foundation Trust came to light some ten years ago. However, there are pockets of the NHS where the focus on patient safety is still not as strong as it should be.

In part, that is because boards are spinning a lot of plates at the same time. We live in challenging financial times and are facing major staffing issues, just as we are moving towards one of the biggest changes in the history of the NHS with the introduction of integrated care services.

However, it is because we are under so much pressure that we cannot afford to take our eye off the primary reason that we are here, which is to do our best for each and every person who comes to us for care and treatment.

So, in terms of gaining momentum, the first and most important point is that the board needs to ‘get it’ and understand its role in creating an organisational culture of patient safety. And it is really important that this goes beyond words; the board has to be seen to live and breathe the values that it wants others to follow.

When I became turnaround chair of Mid Staffs, one of the first things I did was to ask our staff what they wanted from the board. I expected them to say ‘more money’ or ‘more people’, but what they said was that they wanted us to see what it was like on the shop floor.

So, that is what the board did. And that is something I still do. I am currently a non-executive director in a trust that is experiencing significant pressures on its A&E department. I have started a programme of monthly visits to the department and have invited my other non-executive director colleagues to join me. I am a passionate believer in leaders getting out there, to demonstrate that they embrace this culture.

The next important point is that the board needs to focus on its primary role of supporting frontline staff and making sure that they have the tools to do the job they are expected to do.

An important aspect of that is recognising the importance of teamwork. Developing strong and effective teams helps people to trust each other. The future of the NHS lies in team work, so we need to invest in the leadership skills that will make that effective.

Another thing that is very important is the establishment of what has become known as a Just Culture. Wherever systems are operated by human beings, things will go wrong. The board needs to demonstrate that, when this happens, its priority is to learn from the event and not go seeking a head on a stake. At Mid Staffs, we were very clear that if things were going wrong, it was OK for staff to speak up about them, and they should not worry about being disciplined if they did.

A final point is that it is very important to involve patients and the public in discussions about patient safety. At Mid Staffs, we were in a situation where the local community had lost total confidence in the trust and the NHS, mainly because many of the bereaved families could not get the answers they needed. The board has to adopt an approach of openness and transparency and the courage to say sorry. It needs to demonstrate through its meetings in public that board members are prepared to talk about the uncomfortable issues openly and honestly.

It is about developing a culture of patients and the public being partners in what we are doing; and, again, making sure that is not just a matter of words but backed up by the way we act.

Sir Stephen is among a number of distinguished and expert speakers at Patient Safety Learning’s second annual conference on 2 October 2019, at The King’s Fund, 11-13 Cavendish Square, W1G 0AN, from 9.30am to 6pm. The conference builds on the foundations of patient safety described in A Blueprint for Action, which details the key actions needed for a patient-safe future and to reduce the 11,000 avoidable deaths each year.

The winners of the 2019 Annual Patient Safety Learning Awards will also be announced at the conference. Learn more about the conference and to book your place while you still can. 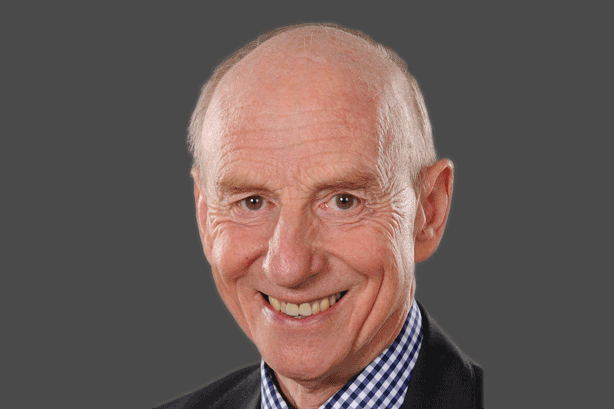