(London, UK, 8 December 2022) A new report published today has highlighted serious safety concerns relating to the misdiagnosis of pulmonary embolisms.[1] It states that there was a minimum of 400 deaths attributable to pulmonary embolism misdiagnosis from March 2021 to April 2022 in England and Wales, with deaths in some regions almost three times the national average.

This research has been carried out by Tim Edwards, an expert in risk management, and published by the charity Patient Safety Learning. Tim started this review following the premature death of his mother, Jenny Edwards, from a pulmonary embolism. He was concerned about the low quality of the investigation which took place following her death and the lack of assurance he received that any learning would be taken from this event.

The report highlights clear safety issues in relation to staff, training, and equipment. Concerns around resource gaps have also been expressed by the Royal College of Radiologists and its members.[2] The report also highlights evidence that the NHS is not applying pulmonary embolism guidance considered best practice in comparable European countries and sets out nine calls for action to improve pulmonary embolism care. Tim’s concerns were also highlighted in a House of Commons debate led by Halen Hayes, MP for Dulwich and West Norwood, on the 30 November 2022.[3]

"My research found that there are hundreds of people who, like my mother Jenny, died from pulmonary embolism following misdiagnosis. It is vital we learn from these deaths, and the errors that have occurred, so we can take action to improve pulmonary embolism care. By publishing this report, I hope to start a dialogue that leads to positive change, so others do not suffer the loss of a loved one as we have."

“This new report highlights serious patient safety concerns relating to the diagnosis of pulmonary embolisms. Urgent action is now needed to ensure that guidelines and diagnostic processes are up to date and that clinicians have the resources they need to deliver safe and effective care. It is also vital that we increase awareness of the key symptoms of pulmonary embolisms among both healthcare professionals and the wider public. Patient Safety Learning are proud to be supporting Tim and his campaign for improvement in pulmonary embolism care and to reduce avoidable deaths.”

3. Helen Hayes, MP for Dulwich and West Norwood, led an Adjournment Debate in the House of Commons on Wednesday 30 November 2022 highlighting patient safety concerns relating to the diagnosis of pulmonary embolisms. This was formally responded to by Helen Whately MP, Minister for Social Care at the Department of Health and Social Care. The full transcript can be found here.

4. Patient Safety Learning is a charity and independent voice for improving patient safety. We harness the knowledge, enthusiasm and commitment of healthcare organisations, professionals and patients for system-wide change and the reduction of harm. We support safety improvement through policy, influencing and campaigning and the development of ‘how to’ resources such as the hub, our free award-winning platform to share learning for patient safety. 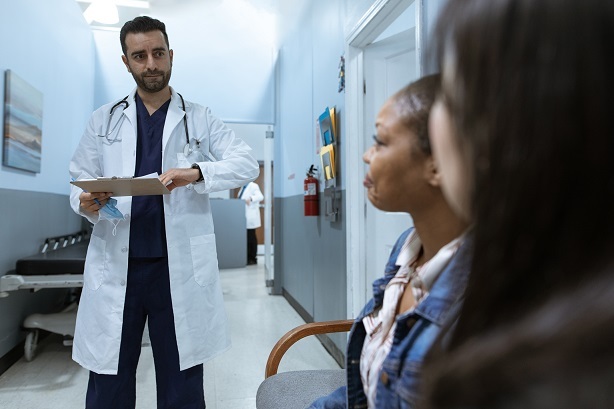