This week Nadine Dorries MP, Minister for Patient Safety, Suicide Prevention and Mental Health, provided an update on the Government’s response to the Independent Inquiry into the Issues raised by Paterson.[1] Here Patient Safety Learning reflects on this statement and the need for the Government to urgently prioritise providing a full response to the Inquiry’s findings.

The Independent Inquiry into the Issues raised by Paterson, published on 4 February 2020, was prompted by the case of Ian Paterson, a breast surgeon who was convicted of wounding with intent some of the 11,000 patients he treated and jailed for 20 years in 2017. More than 200 patients and family members gave evidence as part of the Inquiry and it is estimated that he could have harmed more than 1000 patients.[2]

The scale of his malpractice is truly shocking, and it served to highlight a range of serious patient safety concerns in both the NHS and the independent sector. Describing this, the Inquiry Chair Graham Jones said:

“This report is not simply a story about a rogue surgeon. It would be tragic enough if that was the case, given the thousands of people whom Ian Paterson treated. But it is far worse. It is the story of a healthcare system which proved itself dysfunctional at almost every level when it came to keeping patients safe, and where those who were the victims of Paterson’s malpractice were let down time and time again”[3]

The report noted that while there was “no single legislative or regulatory fix which would ensure safety for all patients in future”, it had identified 15 recommendations for change from the evidence considered in the Inquiry.[4] Commenting at the time, we emphasised the importance of the Paterson Inquiry not becoming yet another report to unsafe care where sympathetic noises are made but no real learning or change occurs.[5]

Following the report’s publication, in the initial debate on this in the House of Commons in February 2020 Nadine Dorries emphasised the Government’s commitment to learn from this Inquiry and act on its findings. She stated that the Government would “report back to the House in three to four months’ time about the report itself”.[6] However, understandably, their plans in this respect were impacted by the onset of the Covid-19 pandemic shortly afterwards, with the Minister subsequently providing an update to Parliament in April advising that their response would be delayed because of this.[7]

While a degree of delay is understandable, there had been no further update on this by the end of 2020. At the start of this year, as part of the update on the Independent Medicines and Medical Devices Safety Review, Nadine Dorries said that there were plans to regarding the Paterson Inquiry to “publish the government’s initial response in Parliament shortly”.[8]

Considering these initial responses, one area where we believe further detail is needed is in the Government’s response to the recommendation that it should be standard practice that consultants write to patients outlining their condition and treatment in simple language, copying to their GP. Their response only appears to relate to patients in the NHS, when the report’s recommendation clearly states that this should also apply to patients in the independent sector. This needs clarification. Will action be taken on this recommendation in the independent sector and if not, what is the rationale for not doing this?

The need for urgent action

Even allowing for the context of the Covid-19 pandemic, Patient Safety Learning do not believe it is acceptable that the Government has only provided a partial response to such an important patient safety report over a year on from its publication.

While safety risks identified by the Inquiry remain unaddressed, the potential for patient harm remains. This must also be particularly difficult for those directly harmed by Ian Paterson, who are left waiting to see if lessons will be learned from their horrendous experiences. As one of his victims Deborah Douglas stated commenting on this in The Independent:

“There is still a clear and present danger of another Paterson happening. They haven’t actually tackled anything that’s complex and the longer this goes on the more chance it will happen again.”[10]

If these significant safety recommendations remain unaddressed, how can the public and patients be assured that there won’t be future recurrences of unsafe care? We believe it is vital that the Department of Health and Social Care prioritises its response to the Paterson Inquiry and publishes a clear timescale for producing a full response to all fifteen of its recommendations.

[1] UK Parliament, Written Statement: Update on the Government’s response to the Independent Inquiry into the Issues raised by Paterson, 23 March 2021. https://questions-statements.parliament.uk/written-statements/detail/2021-03-23/hcws869?s=03

[3] The Right Reverend Graham Jones, Report of the Independent Inquiry into the Issues raised by Paterson, February 2020. https://assets.publishing.service.gov.uk/government/uploads/system/uploads/attachment_data/file/863211/issues-raised-by-paterson-independent-inquiry-report-web-accessible.pdf

[5] Patient Safety Learning, Patient Safety Learning’s response to the Paterson Inquiry: Are there any new lessons for patient safety? Will there be any action?, 11 February 2020. https://s3-eu-west-1.amazonaws.com/ddme-psl/PatientSafetyLearningsresponsetothePatersonInquiry.pdf?mtime=20200211091950&focal=none

[9] UK Parliament, Written Statement: Update on the Government’s response to the Independent Inquiry into the Issues raised by Paterson, 23 March 2021. https://questions-statements.parliament.uk/written-statements/detail/2021-03-23/hcws869?s=03 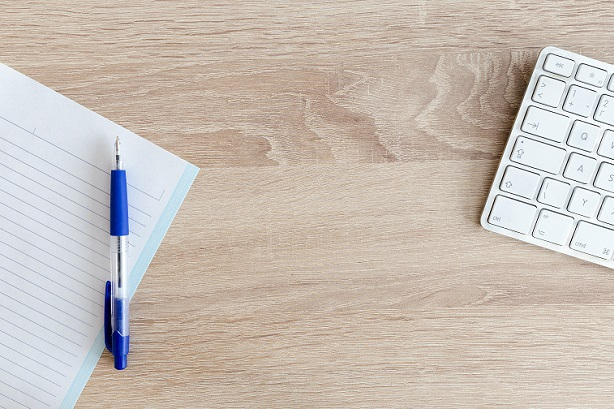